Thank you Virginia for the nice introduction.

This is a very special moment for me.

To be able to feel your feelings, to express them and to be able to contain – was the triad Al Lowen claimed for a solid body based identity. And that is, what his work was about.

Let me see, if I will be able to balance the three in the next 15 minutes, talking about this man, who was so important for me.

I met Al Lowen first in 1976 , attending a workshop he gave in Germany – I was 23 years old – still in university – he was at the age of 66 where people usually retire in Germany.

And here was the ‚old man’ , considering my age, who seemed to me more alive and vital than myself.

I was a young intelectual - and I wanted to loose my head, as we said in those days.

So I met Al Lowen and he could help me and others to have significant experiences of contacting our deep biologically based resources.

I didn’t use these words in those days, but I do today.

In that workshop he certainly helped me to „loose my head“ for some moments. My head as a controlling and emotion inhibitting instance, okay ... but on the same hand this man, was functioning absolutely superb in his head and he could explain all the time what he was doing and why ...and more important could help me and others experience and understand our selves deeper.

Between the first encounter and my last visit in New Canaan, in December 2006 – spreads out a period of 30 years, where I saw Al Lowen regularly. In many individual sessions and workshops - and later travelling with him, when he had asked me to help him at international Conferences, as Virginia mentioned before.

We saw the Video from the Hamburg Conference and I remember myself sitting in the front row, keeping my fingers cross for him and bioenergetics.

And I remember waking up in the morning by these dull rhythmic beats, when Al was kicking in the hotel-room next door – and every evening I had to get the stool back to his room, so he could use it in the morning.

He practised what he was suggesting to others.

Unforgetable moments, when we later met in the morning doing exercises together and talking the presentations over. I learned so much and it was just great to be with him.

When I was concerned how the presentations would come across to the public, he once in a while turned to me, raising his voice: „That’s your problem“. And as he got older, he was more open to feedback and even suggestions.

Let me share some anecdotes with you from these 30 years, which are more than anecdotes for me.

In 1984 when he visited our institute for the first time – we invited him to dinner – to the best restaurant in town – we wanted to give him the best – ordering fresh strawberries – it was early spring – no local strawberries available yet – so it was the most expensive and most special desert for the most special man – and here was his way to „appreciate“ this:

„How could you order strawberries – no taste – only water –just expensive“ – this was my first and not last lesson in what he ment by his concept of ego values and body values – and it showed s.th. very typical for him.

He was not , what you may call socially polite - but true to himself and straight forward.

I remember moments, when this was not easy to digest – but I started to appreciate and even love it more and more. I could trust his presence: His No was a No and his Yes was a Yes.

I was in the bridge-position. And when you look at my body, you can imagine, that this wasn’t the easiest one for me. The phone rang and Al attended it. He came back and I had left the stress-position.

He did relate and he understood transferance – more than that he deeply understood how relational experiences of our childhood left the marks in our physiology, shaped our body and can rule and ruine our relationships here and now. These incorporations are the base for negative self-concepts and became the base for repetition patterns and transferancial hang-ups.

As he liked to say, that the protective castle of the child turns into the prison of the adult. I always found this such a simple and true metaphor for the concept of character structure.

relating to me and others from

his deep faith in the biological ressources of the human animal

relating to me and others from

his deep understanding of the vulnerable human animal - the wounded animal,

and relating to me and others from

his deep conviction in life and passion for life –

his trust in the energetic processes, with which we can restore our bodily – self and heal.

To re-connect the dis-connected.

You must find and re-connect to your animal nature to be fully human – was his credo I heard many times.

An anecdote about differentiation:

As part of my trainer’s examn I did a presentation at a IIBA Conference.

I presented on the topic of how the therapist can use his body to get the patient on his feet – developmental aspects of grounding in theory and practice.

Part of my presentation was to demonstrate some techniques with a volunteer.

A way of working, which wasn’t Al’s style at all.

He was present and during the discussion he asked me about my understanding of the sexual and oedipal issue of the female patient. This hasn’t been the theme; but from my general body-reading --- doing this was already kind of incorporated – I could say s.th. – He agreed but wanted to have it more precise.

The audience who had been pleased with my work got a bit nervous.

This went on several times till I finally said, I couldn’t tell more without exploring the issue more – otherwise I would have to fantasize. I was honest.

Leaving the room, there was this strong clap on my back – he passed by with a big smile, saying : „I couldn’t have said it more specifically, but we have to look for it and understand the oedipal issues“ And then it was him, sending me a patient, because he felt the person would benefit from working on horizontal grounding.

I never had a major disagreement with him. Considering my differentiations, when I discussed them with him, I was challenged but always respected.

As Ed Svasta had mentioned before me he was tolerant and respected other point of views, as long as you didn’t want to change him or wanted his approval - then the warrior came up. So having a discussion with him starting with „From my point of view..“...or ....“my experience shows me“ was possible. But if the other opened the dialogue with „Don’t you think so....then the warrior was up against you immedeately. I heard a colleague saying: „Don’t you think thta to use the stool for a borderline patient isn’t too dangerous – or s.th. like this .. And he simply replied: „Well, when you are not familier with this work it is dangerous“

He was there for me in moments of professional and personal doubts, when I made faults, got in trouble because of my-self – he helped me to look at it and grow from and with it.

I would not be true to myself and to my relationship to Al, not to mention the difficult moments I was with him, when he suffered from the disrespect he felt from his own school, when he witnessed a movement away from what he considered the center and base of bioenergetic work.

He himself had the courage to question the characterology he had developed as being over-systematised and in danger of being mis-used to categorise people instead of being seen as a tool for deeper understanding of the individual’s dynamic.

I remember the first trainer’s meeting I attended – 1990 in Lissabon – when wanted the school taking the teaching of character structures off the curriculum. I was shocked and argued with him. For me it felt like as if he wanted to take a backbone out, or take the scale out, on which all the melodies are build. Although I understood his reasons.

Also in those days, the older he got, the more he moved towards pure energetic work.- Certainly different, but somehow alike the old Reich -.

At the same time many colleagues in the institute felt the need to integrate more a psychodynamic point of view. This was not an easy moat to bridge, probably also because of personal issues involved on both sides it seemed incompatible; and it certainly became a wound to him – not easy to heal.

I witnessed that Al could see and own his part in it. He expressed this in several personal conversations we had. In certain moments he even regretted that he had founded a school and organization – He wasn’t an organizational person, and never conidered himself as such.

I strongly opposed to this kind of consequence, because I wouldn’t be here today, if there hadn’t been a school.

I wish for us, who are engaged in this school, that in our maturation and differentiation – process as colleagues, we can stay deeply connected to the roots and honoring them, no matter on which branches of the bioenergetic tree we may be.

Let me end with having a look at a very concrete, material part of the legacy. I look to his writings (from years ago), and from many things we can make a seamless connection to the findings of modern neurobiology, emotion and trauma research.

And he had the gift to write in a way, that reaches people – touches human bodies and becomes personally very meaningful for many of them.

Working with bioenergetics brought me to a dozen countries.

Everywhere I experience, that people got exited about bioenergetics by reading the books and professionals were stimulated to join the training.

It happened recently in Germany and it was the main stimulating factor for the person in Poland, too.

I personally look into the books again and again, finding them stimulating, enriching and convincing.

When I travel - I carry one with me and I carry a lot of video material to teach from – this heritage is a treasure – a gold mine, which has not yet been fully exploited (explored).

A famous german Neurobiologist (Hüther) said recently: „Movement is doping for the brain. It promotes connectivity. It promotes the ability to relate. Only when you have a relation to your own body you can win relations to other people again..“...and he says this .... based on the most up-to-date scientific knowledge.

Al Lowen trusted, that we can take care of ourselves, when we reconnect and refer to our organismic beeing and by this to the self-healing forces and capacities.

This, for me is at the core of Al’s legacy, it’s in the core of my bioenergetic understanding and practice.

Al loved Greec, greec wine, Metaxa , the music and dance. And the last very special dance we had, was when I was sitting next to him, - the last time I saw him - and Monica and Fred put on greec music and his vitality and joy was there with the rhythm and the movements, which were still possible.

Dear Al, I miss you – I miss you with all I have mentioned and more ...and .... I am happy and grateful for the connection we had and to feel you so present in me and my work. 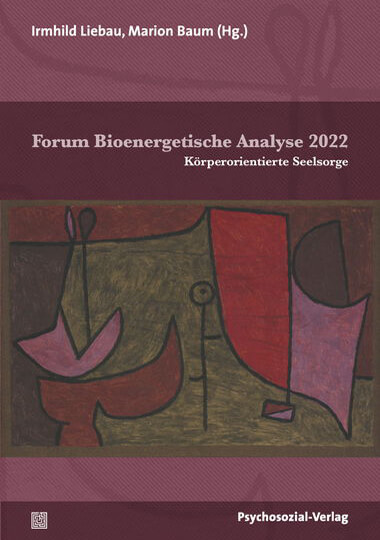